【Connecting Japan and Asia】CHANATHIP “I hope the new, the second and third Chanathip will play in Japan”

Players in foreign countries have difficulties in adapting themselves to a different culture and language. Yet they are motivated to make a good result and thereby contributing to their home countries.

Amid the spread of COVID-19, the world without sports must have given them more time to think about their home countries. As the first interviewee of the series, we asked Chanathip, who came from Thailand to Japan in 2017, about how he felt and what he did during the “Corona Break.”

Mr. Nishino is a friendly person and talks a lot. I often talk about private matters with him. 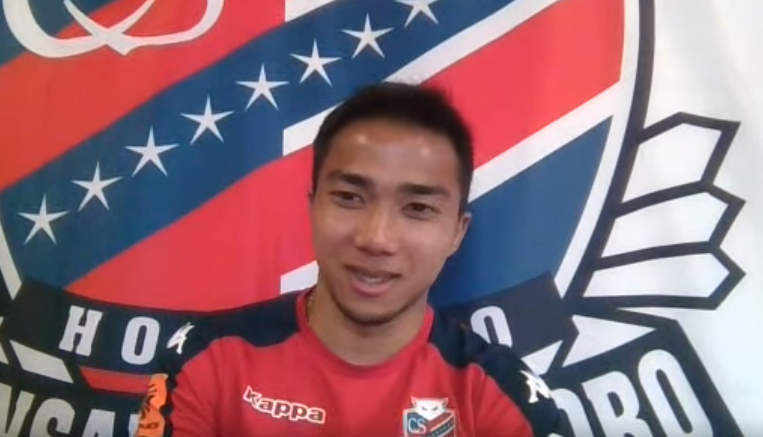 【PROFILE】
#18 Chanathip Songkrasin (Hokkaido Consadole Sapporo/MF)
Born on October 5, 1993, in Nakhon Pathom, Thailand. Made his top team debut for BEC Tero Sasana in 2012, and was awarded the Best Young Player Award in his first year in the Thai (Premier) League. He then moved to Muangthong United in 2016 and joined Consadole Sapporo on loan in 2017. In February 2019, he signed to make it a permanent move to the club. Specializing in sharp dribbles which best suit his stature (158cm high,) he scored 4 goals in his 28 appearances in 2019. He answered this interview on-line.

How did you spend your days during the J.League’s COVID-19 break?
I worked on maintaining good conditioning by having proper meals and doing my training at home. I can say I am in perfect condition now. I felt I was wasting time during the suspension of the league, because the career of a football player is short, although it could not be helped considering the effect of this virus that has spread all over the world.

While J1 league will restart on July 4th, the Thai League took the drastic decision to resume their league in September and transitioning to a system where the season starts in autumn and ends in spring.
The suspension period seems to be a bit long from the players’ point of view (in Thailand). In Japan, the decision to resume the league in July seems to be made in consideration of sponsors, etc.

The 2022 FIFA World Cup qualifiers are planned to resume in October. Don’t you think the break may have an impact on the condition of Thai national team players who are playing in the Thai League?
The schedule will be tight and the players will have a tough time physically. It cannot be helped however, so regardless of where we are playing, all the players should make efforts to maintain good conditioning for the games.

The Thai national team currently ranks third in the group at the 2nd round. You cannot lose any games now if you hope to qualify for the final round for the second time in a row.
We have three games to go, and every game will be difficult. We are going to do our very best. 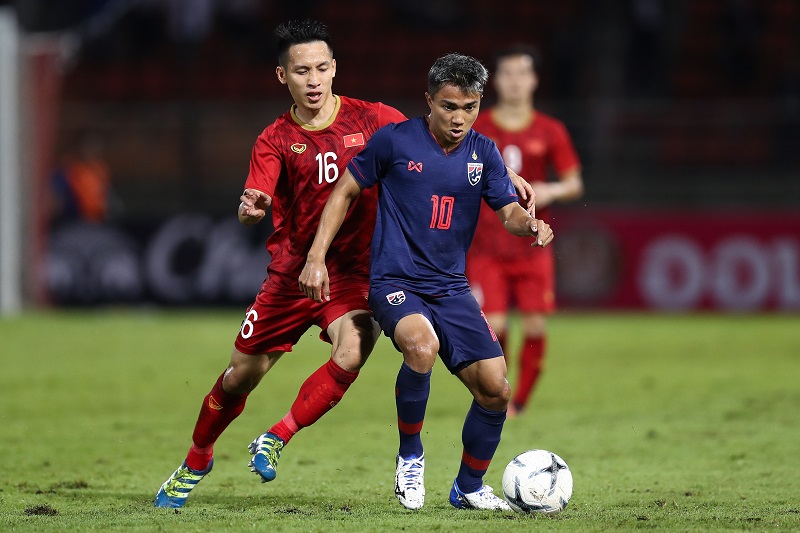 Thailand competes with Vietnam, Indonesia, UAE and Malaysia at the second round of 2022 World Cup Qualification Asia. With 2 wins, 1 loss and 2 draws, Thailand currently ranks second in the group, The team will play against Indonesia in October and UAE in November. [Photo] Getty Images

The Thai National Team has been led by Akira Nishino, the Japanese coach since July 2019. What’s your new boss like in your opinion?
He is one of the top coaches in Japan, achieving good results both in the J.League and as the head coach of the national team. He is a wonderful man, friendly and talks a lot. When I am called to the national team, I often talk with him about private matters as well.

Do you see any difference compared to a Thai head coach?
It’s difficult to say. A Japanese coach may be seen as strict about discipline, but that does not apply to Mr. Nishino. I get the impression that he is more focused on having everyone on the same page and sharing visions, as national team members cannot practice extensively with each other. Although we are given freedom in our play on the pitch, we have frequent team meetings, and Mr. Nishino explains the intention of each play by using the board before the training. It helps a lot.

Mr. Nishino has strong support in Thailand. Do you think the national team will further make progress with him?
This is a matter that concerns the entire team. Each player must make progress. If we can thoroughly express the head coach’s vision of football, then we will have good results. 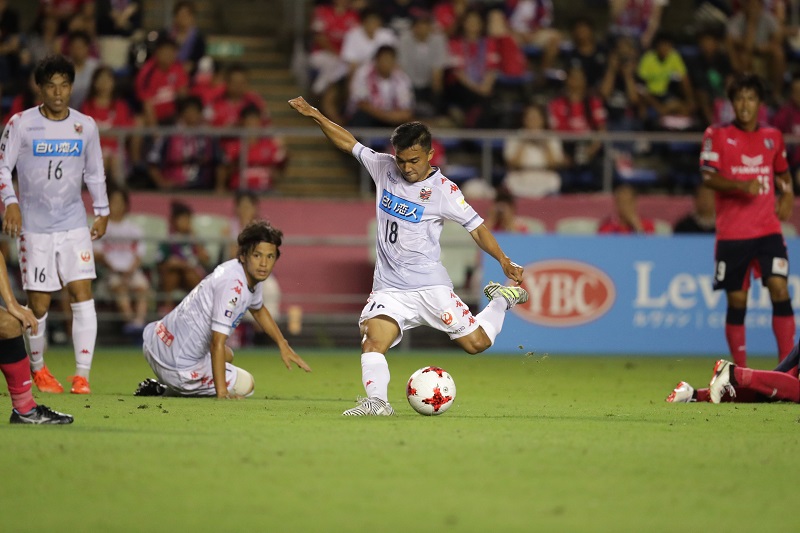 You have played almost 2 and a half seasons in Hokkaido Consadole Sapporo now. You said, before leaving Thailand, “I don’t know if I can be successful in Japan until I actually play there.” Now you have made a great result as proven by the fact that you were selected to the 2018 J.League Team of the Year (Best XI.) What do you feel now?
To be honest, I am surprised myself. I came to Japan to make a success in the J.League, but did not expect to achieve this level of success. However, although I am happy about my personal performance, the team has not achieved satisfying results. I will work hard so that the team as well as myself can achieve more successful results.

What do you think is the reason for your success in J.League?
I do not believe I could have achieved the result without the help of my team mates, the coaches and the staff of the club. I thank them a lot.

You scored 8 goals in J1 league in 2018. Considering that your career high in the Thai League was 4 goals, has your attitude towards finding the net somewhat changed after coming to Japan?
I owe it all to Miša (Mihailo Petrović). He always says “Playing good is not enough.” It means, you have to make measurable results, that is to say, goals and assists. He kept saying that to me, which changed my mindset towards a goal. I think this led to the result of 8 goals. 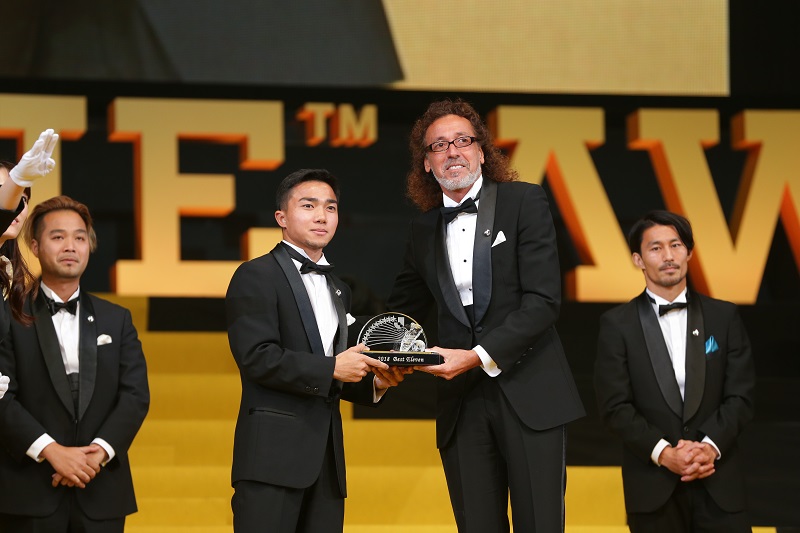 Selected by team members as the most valuable player in Consadole Sapporo and as Team of the Year (best XI) of J.League as the first South-East Asian player for 2018. [Photo] J.LEAGUE

You said before that you wanted to open a gateway for Thai players to come to Japan, as the first Thai player in the J.League. And what you said has come true.
Some J.League clubs are actually interested in Thai players, so I may have played a role in this regard. The move to the J.League was a big challenge for me, but I proved in the past two and a half years that Thai players can be successful in Japan. Now there are several Thai players in the J1 League, and they can also build a good bridge between two countries by making a good result here.

Based on your experience at the J.League, what do you think will be needed for football in Thailand to further develop?
There are many good players and the level of the league is going up, but I think there is a room for improvement in tactics in the games. Players should think more professionally about their daily lives as well. The most important thing is domestic development from the long-term perspective of course, but building experience by playing abroad, including in the J.League, will have a quick effect.

You said previously that you have two dreams; one is to be successful in the J.League and the other is to play in Europe. It was recently reported that some clubs in Spain and England are interested in you. How do you think about the move to Europe now?
I want to try if I have the opportunity, but timing is important to make it realistic. If I can be successful in Europe also, it may motivate young Thai players.

Are you confident that you can be successful in European clubs if you move there now?
My answer is the same as the one I gave before I came to Japan. I won’t know until I actually try it. But the sure thing is that I will learn a lot from the challenge and I have nothing to lose.

The good results made me feel confident about myself 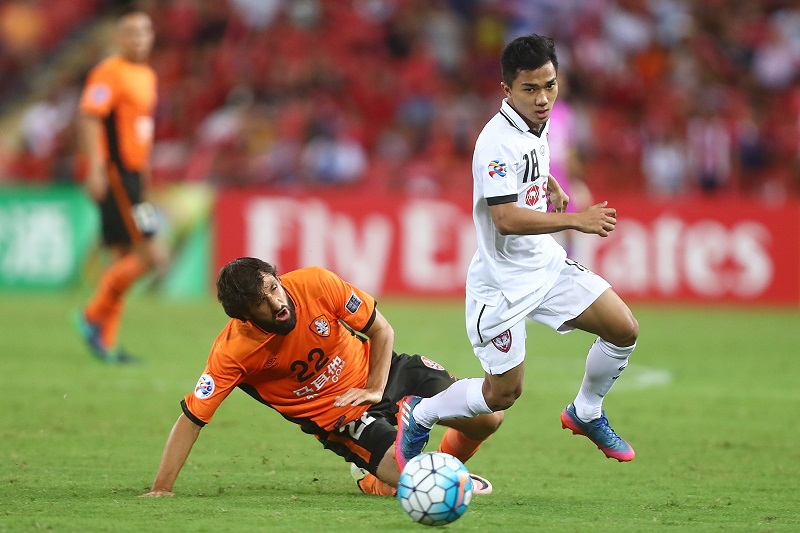 Tell me hear more about your experience in the Thai League. You played for BEC Tero Sasana（now Police Tero）and Muangthong United for 6 seasons in total. What was the most memorable year for you?
They were of course the years we became champions. In 2014, at Tero Sasana, the first club I played professionally, we won the league cup. We also became the champions of the Thai League in 2016. In that year, I played with Teerasil Dangda and Theerathon Bunmathan who are both playing in the J.League now.

Daiki Iwamasa was your teammate when you won the league cup at BEC in 2014, wasn’t he?
Yes. At first it was a bit difficult to talk to him, but he was a friendly person after all and I learned a lot from him. He had a significant influence on me in leadership and what should be done as professional players.

In your last season at Muangthong, you beat Kashima Antlers at home in the AFC Champions League. Did this experience motivate you to play in the J.League?
I think so. I felt confident with my performance in that game. Kashima has very sophisticated tactics, so we were fully prepared by creating a game plan and made sure that we were in excellent physical condition. We were very happy that the game developed as we planned, which led to our win. 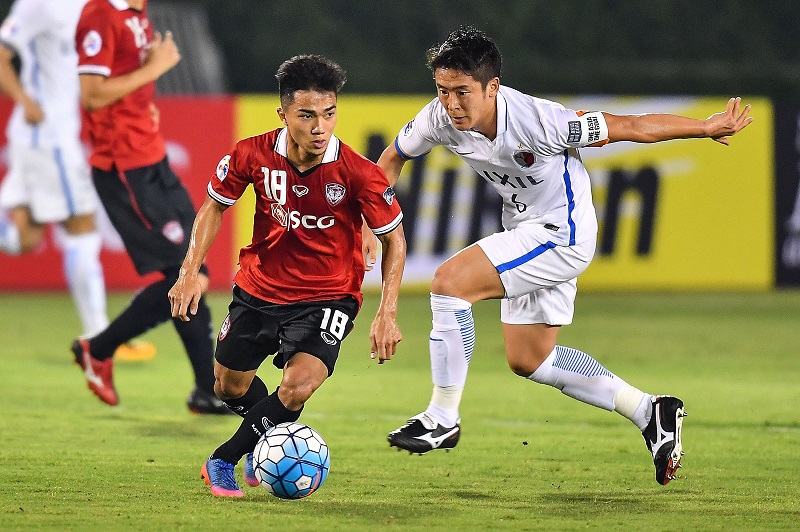 Played 90 minutes in the game against Kashima Antlers in February 2017, contributed to 2-1 win [Photo] Getty Images

What do you usually do when you return to Thailand?
Recently I only go back to Thailand when I play in international games. So I only have one or two days to myself. I spend as much time as possible with my family then.

You opened “Chanathip Sport Club” in your home province of Nakhon Pathom at your own expense. What message would you like to deliver by that?
I wanted to express my gratitude toward my father and return the favors I have received from Thailand. My father has been a football fan for many years and taught me how to play it when I was a child. His support has brought me here, and he is still coaching the kids at my club. I hope the new, the second and third Chanathip will be developed in the club.

How would you like to build your career in the J.League?
First of all, I would like to win the J.League this season. I believe it is possible unless we concede goals through careless mistakes.